AppDeals is back with a nice little discount on a pretty notable game. If you’ve ever wanted to check out Monster Island but thought its $2.99 USD price tag was a little out of your league, you’re in luck; the software has been discounted in the Microsoft store to $0.99.

And yes, this includes both the PC version and the mobile version of the game, which are strangely given separate links in the new Microsoft Store, which has unified most titles, including 1800Pocket/PC‘s PC and mobile apps, on one unified store page. We’ve included the links to each version at the bottom of this post.

Monster Island is a game from popular game publisher Miniclip SA. Both games include Xbox Live features, including Achievements, so the game is also a great way to boost your Gamerscore if you’re looking to do so.

Unlock five different monster bombs, each with its own abilities: Rocko, Sticky, Xplode, Blui and the fearsome Don Tonator! Toss them at enemies in 252 levels spanning 4 different islands. You can download Monster Island for $0.99 for a limited time via the QR code above if you have Windows 10 Mobile or Windows Phone. For Windows PCs and tablets, you can get it below. We’ve also included the QR code for AppDeals if you want to receive alerts on new discounts. 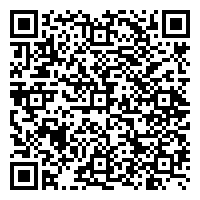