Imperia Online for Windows 10 Mobile gets a Halloween style facelift

Thanks to the new update, Imperia Online — available for Windows 10 Mobile devices — now features a brand new icon and Live Tile set, along with some in-game visual changes and a new ending that Game Troopers jokingly stated in an email has left “the programmer that made it” still in a state of “shock.”

There is a new World Boss that Game Troopers says “will render you helpless with fear” along with a new special event just for Halloween in which you’ll have to fight as many independent cities and barbarian camps as possible. Top players will receive a special gift chest that “won’t be a bag full of candies.” Finally, the new update also includes player suggested changes including “the navigation to a specific requested development or research.”

Of course, the new update includes all of the features that you’ve come to enjoy about Imperia Online, including the 20 Xbox Live Achievements that you can still work toward to boost your Gamerscore, and it’s MMO (massive multiplayer online) element, which lets you make friends and even join alliances.

Imperia Online, for those of you who haven’t yet played it, is a game in which you must take control of your state and expand it into an empire. Throughout the game, you must recruit soldiers and command huge armies into epic battles and crush opponents. You’ll create your own royal dynasty and use it to govern your provinces and to lead your troops into battle.

Imperia Online is published by Game Troopers, the same publisher who brought you the Tiny Troopers games as well as Make It Rain, Twins Minigame, and others. 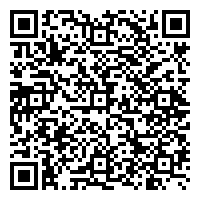