Freeman Technologies is another Publisher founded about a year ago who has been doing great work in bringing content from other platforms onto the Windows Store. Their latest title for Windows is iBasket which has been downloaded more than 15 Million times on other platforms. We tried the game on both Windows Phone and Windows because it is a Universal App. While the phone version has some performance and graphics issues it works very well on the Dekstop. It’s a simple game that tasks you with shooting as many baskets as you can before time runs out.

From the press release for the game:

Today, Freeman Technologies are pleased to announce our partnership with Ludei. iBasket™ officially arrives on the Windows 10 universal platform for Windows devices via Windows Store free to play! With More than 15,000,000 downloads worldwide on both Android & iOS platforms! iBasket™ expands into to the Windows platform. Don’t miss out on this addictive basketball game for your Windows devices.

The objective is easy: Score as many baskets as you can in the 90 seconds the game lasts.

As you play you’ll discover tricks that will help you increase your score:
-Three pointers score more points.
-Score three baskets in a row and watch your score multiply.
-Swish the ball and get extra time!

★ Global and daily rankings. Compete against players from all over the world!

★ Integrated with Facebook Connect: Who’s in first place? Compare your score and have fun challenging your friends.

Thanks to its incredible precision, iBasket™ allows you to curve your shot and shoot the ball similar to a real game. 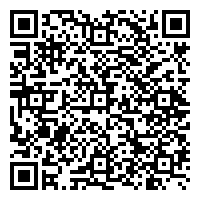