While Windows 8 had seen the release of several news apps we haven’t seen too many of the universal type so far. While we hope new ones will keep popping in the store in time we have covered 3 truly universal news apps that Windows 10 users should definitely try.

This one is developed by Microsoft themselves and can be considered a standard to uphold to for all universal news apps. It is designed around the new Windows 10 style guidelines and visually it’s a big step up from the original MSN News app for Windows Phone 8.1. MSN news aggregates news from various news sources and presents them all in a neat card based layout on it’s main page. It also categorises the news in several predefined ones in the app. One of the nicest features of the app is the ability to add news based on keywords of your choice. Simply go to the interests section and search for news based on the keyword to have news related to that keyword appear in your newsfeed. 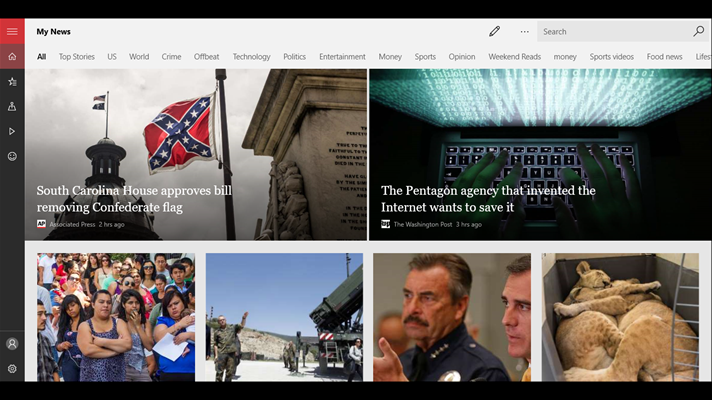 Grab the app from the link below USA Today has been an important partner for Microsoft ever since the announcements regarding Windows 10 and details regarding it’s universal apps platform was announced. Some of you may have noticed that the USA Today app was featured in the past by Microsoft at their important conferences. It was, therefore no surprise that they were one of the first to come out with their universal app for Windows 10. The app features a beautiful Grid based layout for it’s homepage and well designed reading view as well. The app is available in beta for Windows 10 Mobile as well. Besides the basic reading functions you can search by keyword from within the app and it serves you news articles for that keyword in the same beautiful grid layout. It also allows you save articles and sync your last read article across devices. 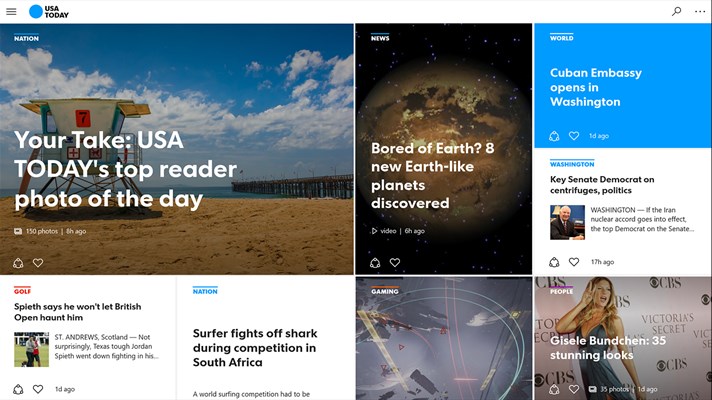 While The Guardian has had an app for Windows Phone 8.1 in the store it’s also sadly one that hasn’t been updated in a long time. So it came as a surprise that they decided to revamp the app and do a whole new universal version for Windows 10. Of the 3 apps that we mentioned today this one seems to still to lack the polish and performance of the other two. The homepage of the app seems to waste a lot of space in it’s layout and it is very slow to load content. Other than that the main article layout is beautiful and it does something unique by automatically moving to the next article when you try and scroll past the end of the previous article. Since this is a universal app it’s available to try on Windows 10 Mobile as well. Somehow the hompage layout looks far more attractive here as compared to the desktop version. Overall it’s a promising start and updates should help with the performance issues. 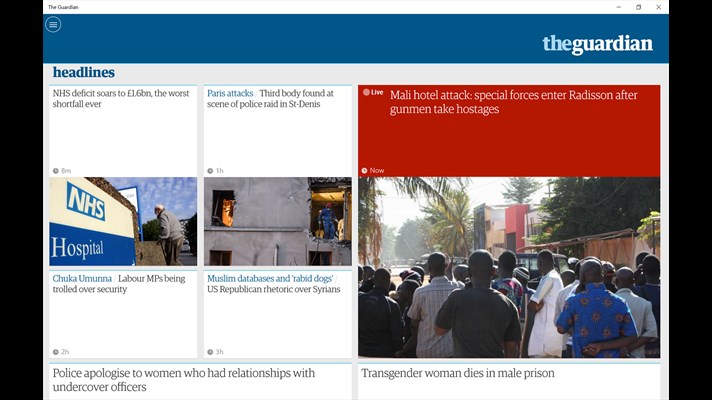 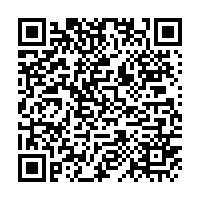