If you remember playing Dope Wars — originally created by John Dell way back in 1984 — or if you’ve played and loved any of the variations that have come out on BlackBerry and other platforms over the years, you will love what Dope Wars Ultimate has to offer with its classic gameplay and familiar rules.

As is the case in other Dope Wars games, in Dope Wars Ultimate, you are a drug dealer moving throughout parts of New York City, buying and selling drugs to earn money as much as you can.

You start with $2,000 and 100 bags to carry; You owe $5,500 to the loan shark in the Bronx, a loan that is accruing high interest charges as the game progresses, so it’s a good idea to try and pay it off when you can. To do so, as in the stock market or any business, you want to buy low and sell high as you move throughout the city.

It sounds like an easy game, but as any fan of Dope Wars will tell you, it’s anything but. In your travels through New York City, you will encounter obstacles such as muggings,Police Busts, and Cops chasing you.

On the flip side, you can also look forward to some additional help along the way in the form of Special deliveries, Walter White Mode, or the famous weed of California arriving to the Market.

While this isn’t the only Dope Wars game that is currently available in the Microsoft app store — you can find another version and a sequel from another developer already — it does mark the very first release for developer OFL Arcade for the Windows platform. 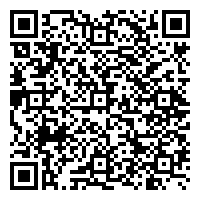