A couple of weeks ago, we reported on the impending launch of CSI: Slots for the Windows platform, and the day has finally arrived for its release.

CSI Slots is a new game released this week from Gameloft — in partnership with CBS Interactive — that takes full advantage of Universal Windows, making the app available across the entirety of Windows devices from smartphones to tablets and desktop PCs. The game is also being made available for iOS and Android devices.

CSI: Slots features cases written in collaboration with the writing team from the CSI television series. As the name implies, the game employs slot machines, but also incorporates a little CSI story goodness into the mix.

Players must examine crime scenes, interrogate suspects and solve captivating investigations by spinning slot machine reels. Each spin will lead them closer to the killer and earn them rewards, or help them strike it rich with huge wins. Fans of the CSI franchise can interact with iconic characters of the series to solve the crimes, and then play through special, themed slot machines, which can only be unlocked by solving the cases.

More features await you in CSI Slots, which we’ve listed below:

The game can be downloaded via the QR code and download link below. 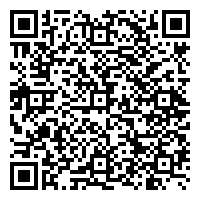